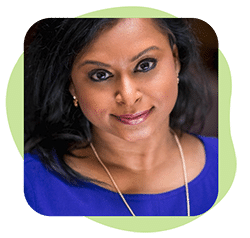 Ms. Vemula’s previous experience as a child abuse investigator and department manager at the Department of Child Protective Services has strongly made her aware of child abuse/neglect. As a Child Welfare Consultant and activist, Ms. Vemula passionately works towards raising awareness about child abuse/neglect. She was one of only three investigators hand-picked from Dallas County for a special pilot program, the Skilled Response Team, that investigated more than 40 child abuse cases a month. She was also selected as one of the few in Texas to train new CPS Investigators. In addition to her work in the field, Ms. Vemula was integral in co-authoring Dallas County’s policy and procedure handbook used by all CPS Investigators. She also helped to create a systematic method called ‘Tips, Tools, and Tactics,’ specifically utilized by newly trained CPS Investigators.

Social Entrepreneur, Activist, Community Leader, Speaker, Gauthami graduated with Master’s Degrees in both Psychology and Counseling from the University of Southwest. Ten years as an CPS investigator, and Department and Quality Training Manager at the Department of Child Protective Services helped her see the inequity and shortfalls of the system, leading her to found Color me SAFE, LLC a family crisis management consulting firm in Dallas, Texas specializing in child welfare issues. As Founder, President and an active consultant, she provides a voice for underrepresented families, especially immigrants, going through the CPS system and raises awareness about the child welfare laws of Texas, child abuse and neglect and bullying prevention/intervention. Gauthami is also the CoFounder of UGauGrrl (you go girl), a tee-shirt line of “wearable inspiration” and movement to INSPIRE, EMPOWER, and IMPACT women and girls everywhere to tap into their gifts so they make their singular impact on the world.

In her spare time, she brings her love of music to young students as a classical piano teacher. She even tried her hand at another musical aspiration, studying voice under opera singer and performer Ronana Gales. She also co-hosts the YouTube series Social Issues Time, or S.I.T., a forum for females of all ages, backgrounds and ethnicities to come together and talk about issues that are relevant in today’s multicultural society. She also published her first children’s book called, Ganesha Goes To First Grade and is inspired to begin writing her second book. In her spare time, Gauthami also shares her thoughts on being a first generation Indian American woman balancing two different cultures on her satirical blog WheatishComplexion.com. Gauthami is an active volunteer in the community – volunteering at local food banks, soup kitchens to raising the basic necessities for the homeless population. Whenever the mood strikes, she hops on a plane to discover the world beyond Texas. Her mission is to fill her passport and visit as many countries and continents as possible!

Gauthami holds and has held leadership positions in several organizations, including Board Member for Empowering Women as Leaders (EWL) and Hope’s Door; serves as a steering committee member for the Dallas Women’s Foundation XIX Society, a mentor and advisory council member at the Irma Lerma Rangel Young Women’s Leadership School; a sponsorship secretary for HEAL and has volunteered her time as a teacher at Chinmaya Mission of DFW; and an Ambassador for nonprofit Against The Grain Productions. She also serves on the advisory council for Family Compass (previously known as The Dallas Child Abuse Center) and Board Member for SAFF-DFW (South Asian Film Festival Board). Gauthami has served as a panelist in major national and local panel events discussing topics from spirituality, child abuse, to how women of color are seen in the media. She is a Dallas Women’s Foundation’s prestigious 2014 Maura Helping Women Award recipient and a 2015 Dallas Business Journal Women in Business Award winner. In October of 2016, she was selected Femmes International, Outstanding Brighter Community Blazers. Most recently, Gauthami received the 2017 Immigrant Advocate Award, honoring outstanding immigrant trailblazers. In November 2018, Gauthami was selected as one of top three finalist’s for “Woman of Year” award through the Greater Dallas Asian American Chamber of Commerce. Gauthami strongly believes in Gandhi’s beautiful words, “be the change you wish to see in this world.”