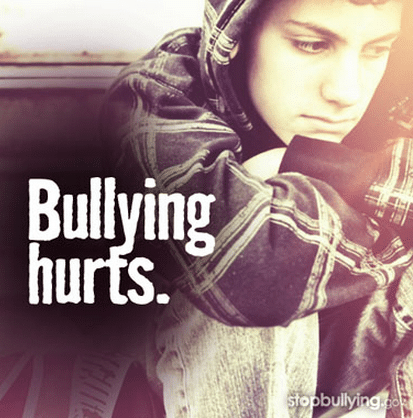 Imagine being trapped inside a dark and quiet cage. No one can hear you no matter how much you bang on the walls and scream for help, and soon, you aren’t able to hear yourself as well. You sink to the ground and can only tune into the thoughts that
your mind has been programmed to repeat. “You are worthless.” “You mean nothing.” Even the people who used to make you happy can’t help, most likely because they don’t even know you are trapped. You are forced to pretend like you are fine because any other type of behavior is just “you having a tantrum”, and no matter how hard you try to ignore the buzzing thoughts that bounce around your head, they keep coming back, stronger and louder. Soon, your feelings start seeping out and your actions become reflective of how you feel. Your grades drop, you lose interest in all your favorite things, and you take out how you feel on others. You have been trapped for too long — to the point where you forget how to breathe. You ask yourself, “why me? What did I do to deserve this?” No one wants to be unhappy, but for some reason, you can’t remember yourself feeling any other way.

However, those thoughts weren’t yours in the first place. You heard them constantly, and soon, your brain became mechanical and was only able to process the negative things people said about you. It isn’t your fault that you are feeling this way, and
frankly, the fact that anyone has to go through something as painful and horrifying as bullying is unfathomable.

People assume that “bullying” is a term that is only to be used the most extreme cases, and as a result, disregard how severe of a problem bullying is by brushing it aside with excuses such as “it’s just light-hearted teasing,” or “they are just kids, they will
grow out of it.” However, no excuse can downplay the intense feelings of sorrow and unworthiness that a child feels after being made fun of. The saddest part is that one simple word of encouragement or one genuine action of pure love can be enough to break the cage that is built around a child because of bullying, and this simple solution is often overlooked. Unfortunately, because people feel the pressure of having to be the best or prove that they are worth something in our extremely competitive  world, some people intentionally put others down to feel more powerful. The hierarchy of power that our society has created is copied by the younger generation, which then leads to children competing amongst themselves to prove that they are the best. Childhood and teenage years should be filled with heart-warming, pure memories, not constant degrading and belittling. Children are the future, and bullying creates a cage that traps a child, preventing them from reaching their potential and giving back to the world.

It is almost impossible to stop bullying, and the more kids feel the pressure of society, the more they will feel the need to prove themselves. However, you decide for yourself which one is worse. Being the bully, or watching someone else get bullied. A bully says or does mean, cruel things because they aren’t thinking rationally — they have been hurt by something else that is causing them to act in this manner. But in my opinion, nothing is worse than a bystander who knows that bullying is wrong and still allows it to go on. Ignoring the problem won’t make it go away, and in hindsight, standing up for someone who is getting bullied will not just save the victim’s life — it will help the bully realize his/her actions too. The world isn’t dangerous because of bad, negative people; it is dangerous because people who know wrong from right do not do anything to fix it.

Yes, standing up for someone is scary, especially if neither the victim or the bully thinks that the situation is as severe as it is. But kids’ actions reflect the environment that they are from, and if a child even hears once that they are useless or lazy or undeserving
of anything, those thoughts will become impressed in their mind and over time, lead to major self-confidence issues. Children and teenagers should be able to freely express themselves without the fear of being judged or made fun of by their peers. If we can’t create that type of environment for them, then they will never reach their full potential. Additionally, encouraging kids to stick up for each other will prevent future bullying and create a safe, hierarchy free atmosphere that will allow them to grow and create
life-fulfilling memories and passions. No one should have the ability to take away another person’s right to think or dream, or be given the power to build a cage around another. We all live equal lives, so let’s stop downplaying the severity of bullying and
help those who are a victim to it.