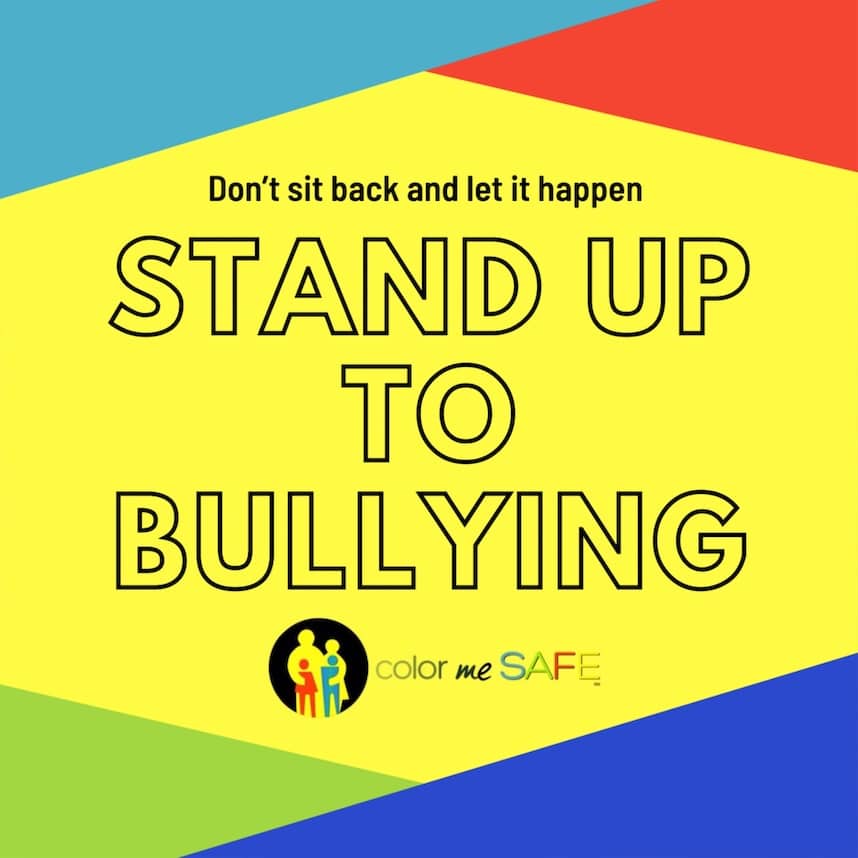 Often, bullying is tied to kids at school picking on each other. You hear a child tell their parents or teachers about them being bullied by another child, and more times than not it is taken care of. “Taken care of” does not mean resolved, it just indicates that the situation was dismissed. But most times, bullying is brought up in school.

And as horrible as school bullying is, I believe there’s an even worse form of it – bullying within the family. Family bullying exists, and I personally believe it is one of the worst forms. Being bullied by a trusted family member can affect more than the mental state of the individual. There are trust issues, mental issues, emotional issues, and many more than can stem from it. The intention of bullying may not be there, but the effects can be long lasting. Often times, that is overlooked, and family normally says that they are saying something as a “joke” or “for your own good.”

Understand, bullying is bullying. It doesn’t matter who is saying it, or why it was said, or what intention was behind it. For every action there is an equal or opposite reaction, and in this case, there can be negative consequences.

All forms of this bullying can occur at home or within families. Unfortunately, the damage that bullying has can be worse than what is endured in schools, work, or other environments.

As a South Asian woman, coming from South India, all forms of bullying are common. In fact, they are so common that they are not addressed as bullying, but culture. Verbal bullying and social bullying are the most common bullying forms that my own family has taken against me and my other cousins. I have been told I am fat, a female will not have the same voice or power as a man, and whatever I am not allowed to speak back to my elders.

For those of Indian descent, I’m sure you can relate to majority of the comments, and I am sure there was much said to you as well. I want to break down the consequence of the two comments, because it is known that calling anyone fat is bullying on its own.

Females not having the same voice or power as a man has always been preached to me as I was growing up. At a young age I was being told that my voice is insignificant compared to that of a man. And though my parents may say different, going to India I witnessed firsthand that it was true. Granted, times have changed but I believe there are those who believe women don’t have the same influence as a man. I am one who believes that as well, and I think it is because of the severe bullying I endured growing up.

The female vs. male comparison falls into two categories of bullying: verbal and social. In India I witnessed the women be sent to the kitchen to cook and feed the family or sent to a room where they were normally planning the next meal, crafting, or doing a beauty related activity (henna, applying coconut oil to the hair, etc.). That is completely social exclusion and indicating that women are meant to stick together and be uninvolved with men. The men were often playing games, talking, napping, watching TV, or doing something outside the house.

On a quick side note on social bullying as well, with the examples I have mentioned, women and men alike in Indian culture are very quick to gossip and spread rumors within families. While in America, I heard one of my grandfather’s sons had run away from home. Instantly the news spread and within 3 days – the news reached my mom, and she let us know. Granted there was really no reason to tell us since there was literally nothing that we could do as a family other than be there for my grandparents. However, my mother would tell us the rumors that would go on about Uncle that ran away.

We heard that he was mentally unstable. We heard he wanted to get a love marriage (those in South Indian cultures know that love marriages are taboo). We heard he beat his mother and ran away before his father could find out. And there were many more. Eventually my uncle had returned, and he said he didn’t run away, but he left the house to get a better job opportunity to support his parents. But that didn’t stop the rest of my family from completely isolating them. They bullied them for years, and the bullying negatively affected my uncle to the point where he is too afraid to leave the house.

In terms of verbal bullying, another very abusive way I was bullied was being told that there was no tolerance for talking back to elders. Asians have this rooted so deep that it is seen as our culture, and though having respect for elders should be encouraged, not speaking back should not.

Being told to not say anything is verbal bullying, because not only are you being bullied into tolerating what is being said, but whatever that is said to you must be endured. If your parent, or grandparents said something to you that you disagreed with, you should not be afraid to speak back to them. Especially if your comment is respectful and not coming from a malicious intent. Comments from your elder can come in any form, but if you are uncomfortable, speak up about it.

Ancestry,  background, and culture does not determine what you are allowed to do or say. Speak up against injustice done to you as well as your family. Just because family chooses not to speak to another family member, and they try to instill that in you, doesn’t mean you have to cut communication as well.

In life we want happiness and joy, and those are easily controlled. Bullying can equal insecurities as well, so protect your mental health and always remind yourself that you are stronger than the perpetrator.