October is Domestic/Intimate Partner Violence Awareness Month – From Struggle to Strength, My Story 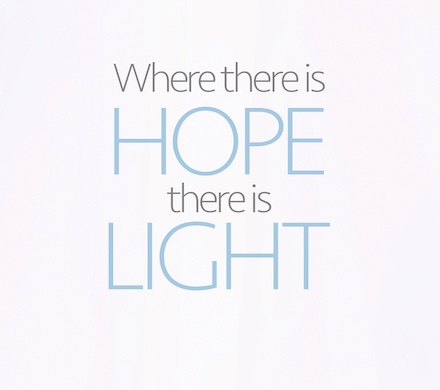 It’s a strange sort of confidence we humans have. You know, this unknown and often illogical feeling that everything will be fine. Life is so unpredictable; it’s so unreliable… and I always think about this but if it wasn’t for HOPE, we wouldn’t be able to take another step forward.

With that said, I want to share a story about a twenty-one-year-old young woman I knew very well. She always believed that people had the best of intentions and even defended those who did wrong to her. This young woman was intelligent, kind, curious, educated, vibrant, confident in her abilities, and certain the world would be her oyster. But, she was naive, unexperienced, and trusting to a fault. She was focused and determined to work hard so she can attend medical school like a “good Indian girl should.” Education and getting accepted into medical school should have been priority but this young lady felt like there was something missing. She wanted to date and have a boyfriend. She was eventually pursued by a young man and they began dating. She felt like she was on top of the world!

Unfortunately, that high lasted briefly and life took a very unexpected turn for this young lady. She entered into a world of severe abuse and victimization. She wasn’t scared to take a calculus or microbiology test, but she was scared whether or not she was going to live the next  day to walk into the classroom and actually take the test.

It was her junior year in college, and the relationship she was so excited about turned into something very abusive that lasted for a year and half but to her, it was a lifetime of pure EVIL.  As the dating/domestic violence cycle goes, her boyfriend was nice and charming in the beginning and out of nowhere, he took a 360 degree turn. He was quite methodical when he beat her – he would never leave any marks or bruises on her face but left plenty of painful ones on the rest of her body. He hit her numerous times in corners of the library where no one could see her, her car, and her apartment. He used  his fist to punch  her, strike her with hangers, wooden spoons and at times, a belt. This all depended on the mood he was in. Oh… let’s not forget the stern yelling to keep her in line!

That first time arrived… where he beat her the way he wanted to. He struck her with a metal hanger on her back and left welts all over because she brought back ketchup instead of mustard. There were so many other times he beat her but for no reason. Now the veil had been lifted and the MONSTER was released.

He made her do things that were humiliating and degrading. He would constantly call her DISGUSTING and other names that no one could even fathom. Every day, she felt like she was being emotionally raped. This was not how this young lady grew up. She came from a loving and caring home. She felt trapped and ashamed, and didn’t know how to get out of this. Although, she tried… she was scared to death to what he would do if she broke it off. She couldn’t tell anyone and if she did, would anyone believe her?

There was one evening where she was talking to her mother (who knew in her heart something was terribly wrong – a mother’s instinct is REAL)! That evening, she didn’t put the phone back properly on the receiver after hanging up (her roommate was gone that evening). When she turned around, he was there. He questioned her to who she was speaking to. She told him it was her mother but he didn’t believe her. Well, he did what he enjoyed the most… the punching, hitting, and kicking began. Kind of difficult to say how long it lasted. A day later, she had a conversation with her concerned and worrisome mother who asked her, “what is going on? I heard  you screaming and shouting STOP STOP, please tell me truth!” She denied it and brushed it off and suggested she might have picked up some other line or maybe something on TV she might have heard. The excuses just kept going… but a MOTHER KNOWS!

The last and final time he laid hands on her was when she almost became best friends with death. She found herself bleeding, bruised, and wasn’t sure if she could even get up. But, she did. In her most vulnerable moment, she found STRENGTH and HOPE. She managed to get out, found the courage to tell her parents, and was immediately pulled out of college and ended up going home to her parents.

The beatings were over but the suffering was not. She had many sleepless nights, twitches due to the trauma, and re-occurring nightmares. After going through fear, even love can be painful. One of the most difficult things for her to hear was her mother who was sleeping in the same bed, hugging her, wiping her tears, calling out to God, “why did this happen to my child?”

Ladies and gentleman who are reading this, that twenty-one-year-old  student, young woman was ME – the author of this post, the Founder and President of Color me SAFE. I, Gauthami was the victim of dating and domestic violence. And I ask you now, “why would this have to happen to anybody’s child?”

I never thought I would overcome this. I hated myself for the longest time because I allowed such a nasty human being into my life. I couldn’t tell anyone and if I did, who would believe me? That stigma and taboo remains attached. I couldn’t tell my family and friends because things like this didn’t happen in the Indian community and if it did, our job was to brush it under the rug because no matter which angle I looked at the situation, it would bring nothing but shame upon on the family. Oh wait… then there is victim blaming! “Oh, you brought this upon yourself, it’s your fault this happened!” SOMEONE, SOMEWHERE will ALWAYS find a way to minimize it.

With time, I healed. My encounter with violence INSPIRED me. It has COMPELLED me to help others going through similar situations… and if possible preventing it from happening. When we go through torment, we feel as if no effort or avenue will help but I can tell you that if you feel WEAK, you’re NOT. Within you is the courage to LEAVE and LIVE. I say this with conviction, within you is the strength to overcome. The power is yours and only yours. You are STRONG and RESILIENT. You’re not just a survivor, but you’re a WARRIOR. And when there is HOPE, there is LIGHT.

Having said that, a helping hand, a comforting touch goes a long way. And that is why I support and I align myself with amazing organizations like CHETNA, Texas Muslim Women’s Foundation, DAYA Houston, Genesis Shelter, Hope’s Door Beginnings and so many more. These network of angels are what survivors need to bring their life back from the brink. I thank you, the Color me SAFE team thanks you!

To those are reading this, you have a responsibility, not a duty – TO NOT BE SILENT! If you suspect or see any form o abuse in any relationship, DO SOMETHING and SAY SOMETHING. Because you never know, you might save someone’s life. Thank you for reading.