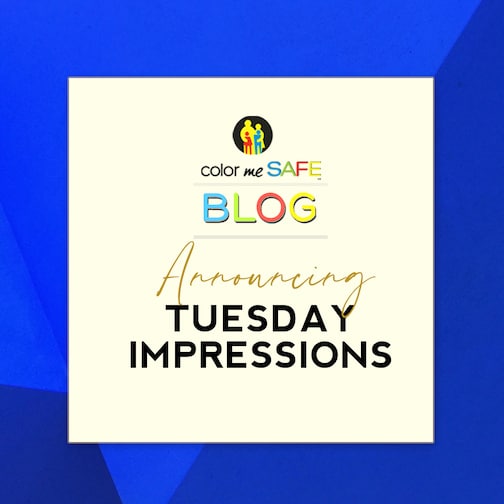 Once again, the common theme that will be played in this post is social media. I want to have it highlighted early so the general idea is understood as I continue discussing the topic of “young success”.

What do I mean by young success? Especially pertaining to social media and all its many forms and manifestations? It’s simple: it is me highlighting the toxic environment of teenage to early 20s successful influencers. Now, to others who don’t really pay attention to social media this may not mean much. But to me, I see it as a toxic influence on youth.

Let’s break down what exactly these so called “successful influencers” are and do. They are either in high school or are out of high school and making a good income from social media posts. Previously this was difficult to accomplish as an under 18-year-old user, because of protocols placed on major social media platforms. I won’t really discuss the fact that there are ways to get around the age restriction, and the fact that teens have done it before.

Where Facebook, and Instagram have succeeded (but also failed), TikTok did not really care about an age restriction. They allowed anyone wanting to make content make content. This could be from babies to the elderly, and anyone was allowed as long as it wasn’t illegal or too extreme.

TikTok became the BIGGEST platform accessible by absolutely anyone. But the biggest stars to be known as the most influential users were teenagers. And the trend became that the successful influencers were getting younger and younger. All Instagram was flooded with are successful young men and women who were under the age of 22 and making the money that would be made by a typical 25–30-year-olds.

I do not discourage young success one bit. There are kids who made a fortune by learning how to invest in stocks or made a difference launching a product. But dancing, having “pretty privilege”, and making “relatable” videos have become the norm. To outsiders, this is nothing out the ordinary and it doesn’t really influence their everyday lives. For others, growing up on this is the norm and is something that is meant to be achieved.

The Founder of Color me SAFE, Gauthami Vemula-Queijo, herself has experienced difficulties navigating the social media world. Between algorithms and timing, she has struggled with keeping up with the demand of putting out content that captures the social media “trends”. I had originally suggested that she posted everyday with relatable content, or even come with content that is the trendiest.

But the issue with that is, she cannot do that. And it has nothing to do with her capabilities as a social media user, it is all to do with the impossibility of keeping up with the demand that the young generation produces daily. Now even looking at Instagram is overwhelming; I couldn’t imagine someone trying to create one now.

But besides that, I’ll reign it back to “young success”. What is the toxicity of having younger individuals becoming successful in their lives earlier on? For them it may not be so bad to have an income significant to a grown adult so young, but what comes with it after isn’t too great. A young, successful influencer immediately gets roped into the social media influencer world. This involves hate comments, judgment, no discretion, press-conferences, paparazzi, basically no longer having privacy.

For some they dream of being famous. Sure, there is a moment everyone at some point wanted to be famous. But more so for the money and not really prepared for the rest that comes with it.

Let’s just take Charli D’Amelio as a perfect example. She was the number one TikTok influencer until recently but remains a top three influencer. She just turned 18 and one of the biggest stars. She rose to fame doing the famous “Renegade” dance on TikTok, and since then things seemed good until they weren’t.

At 16, Charli came under fire for absolutely anything and everything she did. She wanted to wear her sweatshirt around the house, she was verbally attacked on social media. She wanted to show off her bare face she was attacked. It got to a point that her mental health plummeted and at 17-years-old she had to make a Instagram Live video begging people to leave her alone. She wanted a normal life and wanted to be a normal teenager.

But did people care? No.

The issue with younger individuals becoming successful is the risk and the toll it takes on their childhood and mental health. We have children becoming popular because of their looks based on what their parents post on social media. They are forced to look a certain way, act a certain way, etc. All for the income that comes with having a blue check mark next to your name.

To me, this has seeped into the minds of teenagers and children. They live in a world where everyone knows everything about everyone at a touch of a button. Nothing is private. It’s basically a vomit filled world, where nothing is held back, and everything is let out. It is overwhelming for me, but now kids are learning to adapt to it so much so it’s what they crave.

Yes, once a child is 18 years old, they ultimately can make their own decision of what they want to do with their life, and what they choose to ultimately watch. But as a parent of a child under 18, encourage them to be a child. These days, it almost as though that is a foreign concept.

At 10 years old, I was playing outside with the neighborhood kids, not making a TikTok video. At 13, I was writing in my little journal about how much I hate my brother, not posting on social media a minute long rant about the “stupid stuff my brother does every day.  At 14, I was thinking about college, me going home to do homework and write, and (embarrassing but true) organizing my Barbie collection. I was a child. I was raised to be seen as a child, and there is nothing wrong with that.

I encourage you to treat your child the age they are. I do believe you should give your child the respect you expect from them. I do not believe that you should treat your child as an adult and speak to them as such. As you do that, you are opening the idea to them that they are not children but equal to an everyday adult, and so should make adult decisions.

They are children, and for that reason treat them as such. Childhood is such a precious and beautiful time. Unfortunately, with today’s age, it is much harder to see a child experiencing that. It comes down to the parent and their ability to allow the child to have the space to be one. It’s time to give back to children what they are starting to lack.